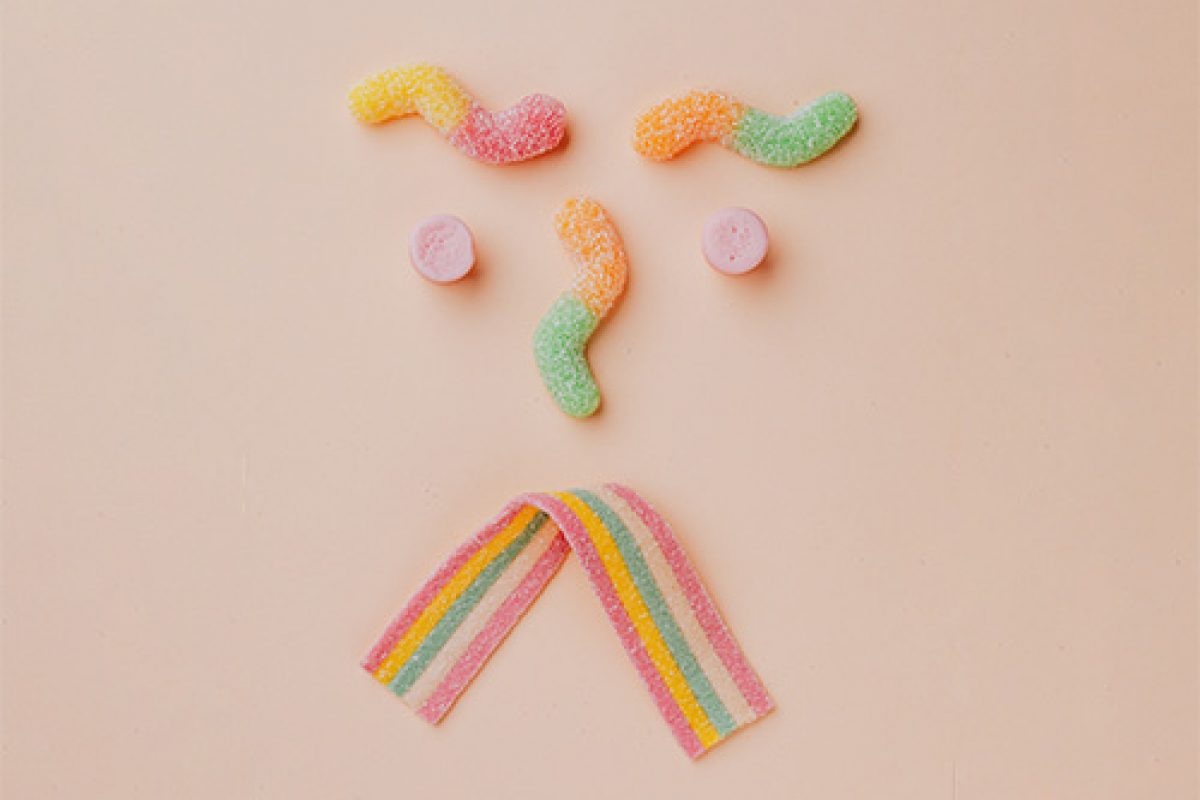 Red cordial, green lollies and anything containing sugar – they’ve all been blamed for making kids hyperactive. But how clear is the link between food and children’s behaviour? And if one exists, which foods do we need to watch out for?

Talk to many parents and they’ll list a number of foods guaranteed to turn their normally well-behaved offspring into an uncontrollable monster. But speak to those who spend their days working with children who have behavioural problems and you get a very different perspective.

Parenting forums, blogs and books are overflowing with advice about which foods to keep off the menu if you’re worried about your child’s behaviour. We’re told children should avoid any foods containing additives, such as artificial colours or preservatives, along with anything containing sugar, wheat or dairy.

But how much of this relationship between food and children’s behaviour is parental paranoia, and how much is real?

The debate appears to have started in the 1960s, when American allergist Dr Benjamin Feingold was treating children for skin rashes and other allergic-type reactions. He noticed that eliminating certain ingredients from a child’s diet not only improved their skin, it also led to major improvements in behaviour.

He argued the ingredients most likely to be responsible were food additives, such as colourings and preservatives, and a particular class of naturally occurring chemicals called salicylates, which are found in plants.

Feingold’s discovery spawned a diet, a best-selling book, and struck fear into the hearts of food manufacturers.

One of the most significant recent contributions to the topic came from a UK research group at Southampton University, led by Professor Jim Stevenson. In 2007 they published results from a well-designed trial suggesting a link between certain food additives and increased hyperactivity in otherwise normal children.

Stevenson became interested in the area when he observed the positive affect that restricted diets, including the removal of food additives, had on children with attention deficit hyperactivity disorder (ADHD).

In the study children were given one of two mixes of artificial food colours and additives or a placebo, neither the children nor the researchers were aware of what the children were drinking. The additives included in the study were the colours sunset yellow [E110], carmoisine [E122], tartrazine [E102], ponceau 4R [E124], quinoline yellow [E104] allura red AC [E129] and the preservative sodium benzoate [E211].

What the researchers found was that these additives had a small (but statistically significant) effect on the overall level of hyperactivity among two groups of children – one group aged three years, and the other aged 8/9 years.

“It should be noted that children varied in the extent of their behavioural response – the overall effect was small but for some children it was substantial,” says, Stevenson, Emeritus Professor at the School of Psychology, University of Southampton.

Stevenson says even though the effect was small, it represented a preventable influence on the level of hyperactivity in children, and convinced him of the merits of the UK government’s attempts to remove those additives from children’s diets.

However the evidence from the Southampton study wasn’t enough for many food regulatory authorities, including those in Europe and Australia. Also the study has been criticised because children were given a mixture of six additives, making it difficult to distinguish whether individual additives were affecting the children’s behaviour or whether all were equally responsible.

Despite this, it did provide further evidence supporting Feingold’s claims: that some individuals were more sensitive to – or intolerant of – the additives linked with hyperactivity.

But immunologist Professor Rob Loblay says his allergy clinic at Sydney’s Royal Prince Alfred regularly sees children presenting with behavioural problems, such as hyperactivity, many of whom come to him because of Feingold’s legacy.
“They found out that at my clinic we were interested in looking at effect of food chemicals on people’s health,” says Loblay.

“Among the kids we were finding what Feingold found, which is that when you modify diet appropriately there can be big changes in behaviour.”

Loblay and his colleagues have been studying this phenomenon for decades now.

“First of all you eliminate all foods that contain things that could be a problem, and that can be for two to six weeks, see if their symptoms go away,” Loblay says.

“If they do then we figure we are probably on the right track, then we give them the chemicals back one by one as a challenge test to see which one brings back the symptoms.”

But it’s not just the so-called ‘unnatural’ additives, such as food colourings and preservatives, that cause problems. Salicylates are another chemical group that is a major cause of intolerance-related behavioural issues. These chemicals occur naturally in just about all plant foods, with the notable exception of pear flesh, and the group also includes preservatives, such as sodium benzoate, which was tested in the Southampton study.

Loblay says sensitivity to salicylates is not technically an allergy but is described as an intolerance. Some people are more intolerant than others, and as with food additives, there are a range of different reactions from headaches and hives to full-blown ADHD-like symptoms.

“In boys it tends to be the ADHD behaviours, so they’re impulsive, fidgety, they can’t sit still, they jump all over the place, they’re volatile in their moods, hard to reason with,” says Loblay.

“In girls for example, there’s less of hyperactive behaviour and [they’re] more withdrawn and grumpy – not so much depressed but they’ll just sit in corner, they don’t want to play, don’t want to do anything, they feel unwell, they don’t communicate very well.”

What’s interesting is the transformation that happens when the trigger chemicals are removed from these children’s diets.

“They’re completely different children when they’re well,” Loblay says. “The parents will often say that they’re like Jekyll and Hyde.”

So if these chemicals can cause ADHD-like behaviours, how many kids are affected and are they being misdiagnosed with ADHD when it’s actually a food-related problem?

Stevenson recently did a review looking at studies of dietary interventions – including elimination diets – in the treatment of ADHD.

“For food colours removal as a treatment for ADHD the evidence is based largely on very old studies which need replicating with more sophisticated modern methods,” he says. “In addition there is a question of just how wide a range of children with ADHD will benefit from this approach.”

Another food intolerance that is often connected to ADHD on internet forums is gluten, a protein found in a number of grains including wheat, rye, oats and barley. But Loblay says in his experience gluten is rarely linked with behavioural problems.

“People who are gluten intolerant – not coeliac disease – it’s almost always stomach and bowel problems that they experience, and it’s very unusual to get behaviour or headache or even skin rashes from gluten.”
Similarly, parents often believe sugar has an effect on their child’s behaviour.

But Stevenson says there is little evidence to confirm this relationship – with one review of 16 studies finding no effect of sugar on the behaviour or cognitive performance of children.

“The strong belief of parents may be due to expectancy and common association, however a small effect of sugar or effects on subsets of children cannot be ruled out,” he says.

The good news in terms of childhood food intolerances is that children tend to grow out of, or adapt to, the behavioural effects by the time they reach teenage years, Loblay says.

“We almost never see teens coming along with ADHD – they come along with a whole bunch of other symptoms, including chronic fatigue, which becomes an issue as they get older but the ADHD behaviours seem to fade out of view.”

Photo by eniko kis on Unsplash